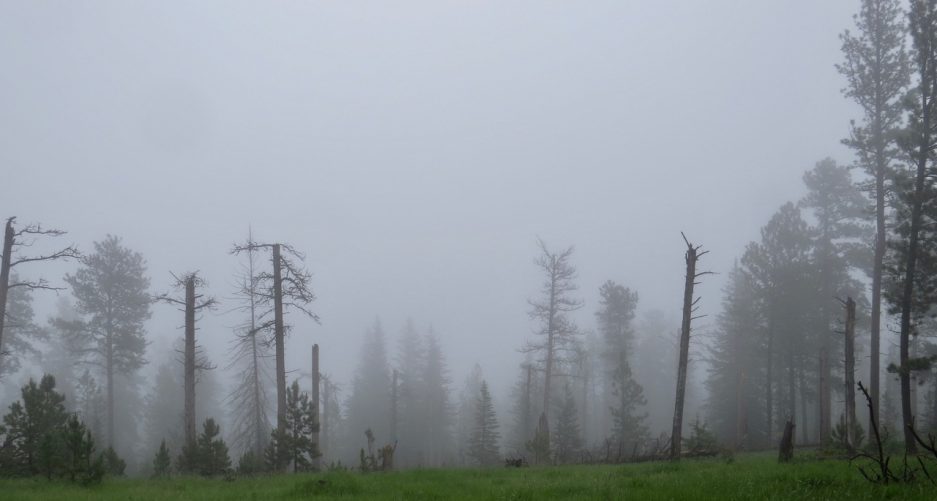 In any case, it is certainly true, not only that, as has been said by Clifton Fadiman, Death itself is Bierce’s favorite character, but that, except in The Monk and the Hangman’s Daughter, a rewriting of a story by someone else, Death may perhaps be said to be Ambrose Bierce’s only real character.

That’s from American literary critic Edmund Wilson’s “Ambrose Bierce on the Owl Creek Bridge” from his Patriotic Gore: Studies in the Literature of the American Civil War. After hearing Wilson’s remark repeated so often, I decided to actually read the essay.

But I will agree that death is an obsession with Bierce.  Many of his satires with their lightly dramatized frames and scant plots vary little from his journalistic pieces on similar topics. Sometimes Bierce uses very similar lines from piece to piece when switching from journalist mode to satirist mode on a topic. Those satires (which I’ll be covering more of in a future post) don’t have much of a reason to exist (besides providing Bierce a paycheck) except to bring in the death.

Wilson is right when he says Bierce never treats violent death as a tragedy but just a “bitter jest”. As he notes, Bierce expresses no pity for his fallen war comrades in his Civil War memoirs. As Wilson puts it, Bierce’s “idea of whimsicality is almost invariably homicidal”. I’d put what I call his “grotesque narrator” stories in that category.

Bierce likes his jokes, and their punch line is usually death.

In all Bierce’s fiction, there are no men or women who are interesting as men or women — that is, by reason of their passions, their aspirations or their personalities.

That I agree with. There is nothing approaching a striking, memorable personality even of an anonymous person in Bierce’s fiction. Edgar Allan Poe’s had several memorable characters, named or unnamed: the gloating narrator of “The Casque of Amontillado”, the maniac narrator of “The Tell-Tale Heart”, and, of course, Roderick Usher of “The Fall of the House of Usher”

Bierce’s characters aren’t there to be real humans, says Wilson. They exist “only as the helpless butts of sadistic jokes”. I wouldn’t say that’s always the case, but it’s frequently true.

For Wilson, Bierce’s “obsession with death” leads to tiresome stories. The fatigue that can set in with too much Bierce at one time is due more, I think, from Bierce using the same structure for his stories again and again, what Lovecraft called his “mechanical” quality. I do not, unlike Wilson, think Bierce is a “flexible stylist”. Specifically, Bierce uses a startling image at the front, flashback exposition and plot backfill to explain image, and then grim joke at the end — often involving old acquaintances or lovers being fatally reunited.

Wilson is also incorrect in stating that the “higher faculties” of Bierce’s characters “are so little involved that they might as well be trapped animals”. That is definitely not the case in “One of the Missing” or “Moxon’s Master”. Those stories, the first one, in fact, being about a sort of trapped animal, has a hero trying to think his way out of a predicament. The second has a philosophical discussion.

Wilson throws in some curious biographical information, seemingly from William Neale’s biography which seems to have its lovers and haters amongst Bierce aficionados.

Wilson suggests that Bierce deliberately sought out sexual relationships with older, ugly women.  It is hinted his first sexual partner, when he was 15, was a 70 year old woman. Alluding to Bierce’s pedantic scourging of writers who dared to stray from his view of what proper vocabulary was – he hated many modern coinages, Wilson metaphorically links Bierce’s prose to his lifelong asthma:

His writing – with its purged vocabulary, the brevity of the units in which it works and its cramped emotional range – is an art that can hardly breathe.

The essay is unsourced, and there is a curious bit about a dream the 16-year old Bierce had that reminds one of his “An Inhabitant of Carcosa” and, in its vocabulary and some of its images, of H. P. Lovecraft:

He had imagined himself, ‘heartless and hopeless,’ passing over a ‘blasted and forbidden plain’ and arriving at a gigantic building with ‘columns of cyclopean masonry,’ in which, as he wandered through its empty halls, in ‘awful solitude, conscious of a seeking purpose, yet knowing not what I sought,’ it was revealed to him that both God and the human race had been ‘long ages dead.’ He finally entered a room in which he saw stretched on a bed a ‘dreadfully decomposed’ human body, with black face and grinning lips, which slowly opened its eyes. ‘Imagine my horror … the eyes were my own! That vestigial fragment of a vanished race …. that hateful and abhorrent scrap of mortality, still sentient after the death of God and the angels, was I!’

More Bierce related material is indexed at the Bierce Page.

One thought on “Is Death His Only Character?: Edmund Wilson and Ambrose Bierce”