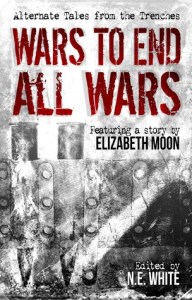 There were few better days for Serbs to behave badly than June 28, 1914.

It was the anniversary of the 1389 Battle of Kosovo when Serbia fell to the Turks. Mostly forgotten in the rest of Europe, the Serbs remembered the event in a beloved epic poem. It was not forgotten by an aide to Archduke Franz Ferdinand either. He suggested that it was not a good day to visit Sarajevo.

Indeed it was not, and the flame of nationalism burned especially hot in the hearts of seven young men who had crossed the border from Serbia. They were tools of the Black Hand, a group run by Serbian military intelligence. With them, they brought six bombs and four pistols.

They lined up along Appel Quay, made it an avenue of assassins as Sarajevo’s archbishop later said.

At the Cumuria Bridge, five assassins waited. One hurled a bomb at the Archduke’s touring car, but it rolled off the hood and exploded against a back wheel. A policeman was slightly wounded. The bomb thrower swallowed a cyanide capsule and jumped into the river. The pill was old, though, and the bomber vomited his insides out before being captured. His four cohorts fled without attempting to complete their mission.

Unfazed, the motor entourage continued on to the town hall though it did speed up enough to stop two other assassins from attacking it.

Attentive to his wife, a woman he married despite pressure from his family, the Archduke noticed a slight nick on the Archduchess’ neck from the bomb’s explosion. An understandable rant against Sarajevo hospitality followed. The suggestion to leave town immediately was not taken.

The Archduke did cancel the rest of his trip and set out back along Appel Quay to visit the wounded policeman, now in the hospital. Prophetically, he said “Today we shall get a few more bullets still …”

But heading to the hospital, the lead car made a wrong turn and tried to reverse course.

The Archduke’s car stopped in front of Moritz’s Delicatessen where one Gavrilo Princip, somewhat disheartened by the failure of his mission so far, was getting a sandwich.

Luck was with Gavrilo that day. Standing only a couple of yards away from the now stationary Archduke, he raised his Fabrique Nationale Browning M1910 pistol and fired.

Luck was again with Gavrilo. The pistol had poor sights, and he was the worst shot amongst the assassins. But the first .380 caliber bullet pierced the Archduke’s jugular. The second bullet penetrated the Archduchess’ abdomen. Both would be dead in a few minutes.

Gavrilo, too young at 19 to be executed for his crime, would die of tuberculosis, in prison, before the war ended. But his dream of freeing Slavs from Austrian rule “by means of terror” was realized.

Serbia was invaded in 1915. In November of that year, 200,000 Serbs, including the King, set off across the mountains to evacuate from the shores of the Adriatic. It was a trip 50,000 would not survive. In the war as a whole, the Serbs suffered some of the highest casualty rates.

But, in a way, it had all been worthwhile. Serbia almost doubled in size after the war.

Whatever one thinks of his motives, the young Gavrilo does not strike me as a coward. He may have enlisted with romantic ideals, but, unlike his confederates, he did not panic that day in Sarajevo even after seeing their failure. When fate offered him a chance to complete his mission, he had the presence of mind to take it.

And yet it is the idea of Gavrilo as a coward that Ljubuncic’s story hinges on. Earlier that morning, Gavrilo sees Anka, a beautiful woman he has not seen since he was six. She mouths that he is a coward and disappears.

History swings towards another conflagration than our World War One when Gavrilo stares into the Archduke’s eyes:

The heir to the Austrian throne was unnervingly calm, his wife, a dainty, pale figurine at his side. Ferdinand did not even blink. He just stared back, looking at the black weapon in Gavrilo’s fist, daring him to fire the shots. Coward, his royal eyes proclaimed. Coward!

Why was his aim wavering , Gavrilo wondered. His hand should be steady. He heard Anka laughing behind him. Distracted, he looked away. No one was there. He could do it. He could end the Austrian oppression over his people. He could be the hero of his nation.

Kill both of them. Right there.

He lowered the pistol and ran away.

We next see Gavrilo three years later. In this world, he wears the uniform of the Austrian-Hungarian Empire. He fights the Russians.

But Ljubuncic is not employing the irony of determinism that some alternate historians use. The argument that Europe was primed for some kind of war is certainly a defensible one as is the notion that here the war is limited to just the two empires fighting. Franz Ferdinand took the throne and immediately attacked Russia.

This Gavrilo was impressed in the army, and he and his comrades in the Serbian Regiment fight a war that resembles the historical Western Front of World War One: barbed wire, “endless field and mud and death”, “muddy brown death in lurid poses”.

And there his guilty thoughts turn to his failure that day in Sarajevo, the cause of all this. Yet, he is trapped, like the other Serbs in the regiment, into proving they are not cowards by obeying their oppressors when they are ordered into danger.

One day, during an assault, Anka whispers the old accusation in his ear. Gavrilo wants to fire his rifle, wants to kill a Russian soldier. But, again, he hesitates. He is shot and taken prisoner.

The third and final part of the story takes place in a prisoner of war camp, years after he was wounded.

The war ended days after he was wounded. The Czar surrendered. The Austrians are in no mood to have a troublesome Serb repatriated.

Here Ljubuncic develops his alternate history further, credibly so. A communist revolution has broken out in Prussia. (Marx imagined the worker’s revolt would first take place in Germany, not Russia.) As European nations banded together to fight France after its revolution, old enemies Russia and Austria are united to “defeat the Reds in the German Empire”. However, there is revolution brewing n Petrograd too.  The Ottoman Empire has invaded the Balkans while the Austria-Hungarians fought Russia.

And, before he is to be executed, this Gavrilo bitterly ruminates on what was honor and what was cowardice in his life.

When Anka appears one last time, she asks him, “You think you failed, Gavrilo?”

“Look at me,” he whispered, a lone tear streaking down his unshaven cheek. He was angry that he could not hold it back.

“What made you spare his life?” she insisted.

Whose, Gavrilo wondered. “Cowardice,” he admitted, feeling a weight lift off his chest. He wanted his mistakes to really mean something, but that was more foolish, childish petulance. His hesitation had brought him to the outskirts of Chelm. His fear of death had led him right there, into its cold, vicious embrace. Then, even as an invalid, he had refused to die. Years spent in a prison camp, he had outlasted typhus and the frost, an inkling of something feral and stubborn keeping him alive. All because the words of a girl he once loved burned in his soul.

… “I had such high hopes for you,” Anka spoke, her voice melancholy.

“All I ever did was because of you,” he admitted, poison thick in his throat. He turned around to face her.

Anka vanishes, a projection of Gavrilo’s mind and not a supernatural entity.

The idea that cowardice could mean, to a man, not only sparing an enemy’s life but avoiding sacrifice of your life for an enemy, is plausible. Honor could produce a man like this story’s Gavrilo.

The problem is he doesn’t seem to match our Gavrilo. History and the story do not seem to share such a Gavrilo.

And the idea that some sort of love for a woman Gavrilo saw 13 years ago, a woman that, as far as I know, is not based on history, also works against this story as true alternate history. Ljubuncic’s Gavrilo doesn’t seem like he was ever our Gavrilo.

So, in the end, this is a compelling and interesting story but a failure if trying to be an alternate history.