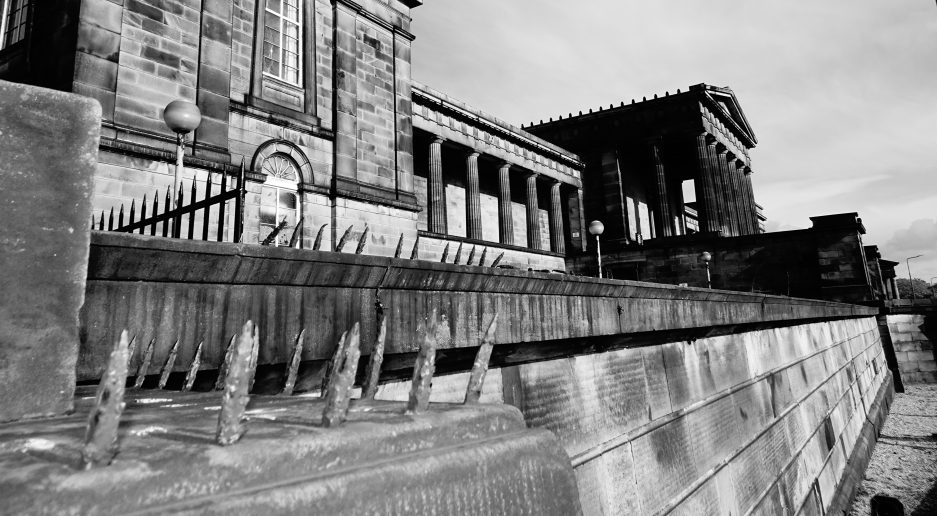 Review: The Boats of the “Glen Carrig”, William Hope Hodgson, 1907. 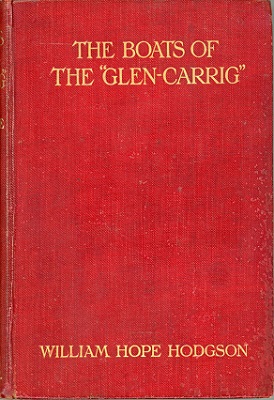 China Miéville says Hodgson was the first one to offload that cargo into weird and horror fiction. And there are lots of tentacles here and many ominous slitherings and crashings and rustlings in the night. Hodgson is a marvelous one for sounds in his weird fiction.

This book has a bit of a black mark against it for its allegedly archaic prose. Yes, it’s told as an account left in 1757 by one John Winterstraw, but it’s not that hard to read. Certainly, it will not try reader’s patience as much as Hodgson’s The Night Land. Fellow landlubbers are advised to keep a dictionary handy or a diagram of a sailing ship to follow exactly what’s going on. Or, as I did at times, you can just muddle through.

As with The Ghost Pirates, Hodgson doesn’t dally with this story. We have no idea why two boats from the Glen Carrig are off a strange and ominously silent island at the beginning of the story. There’s been a shipwreck, it seems, and the crews are the survivors.

There, up a river, they find a deserted hulk, some notes left by a woman, and strange vegetation.

And then something starts stalking them at night.

The adventures of the narrator are just beginning as he and his fellow shipmates end up on a “weed-continent”, a small island surrounded by vast banks of seaweed so thick that ships are stranded in it, their survivors menaced by monsters in the weeds. Hodgson doesn’t actually use the word “Sargasso”, but it’s clear he has the same sort of place in mind as he does in his Sargasso Sea stories I’ll be looking at in the future.

There’s a bit of the flavor of Jules Verne’s The Mysterious Island as the men try to improvise weapons and equipment based on just what they left their ship with and what’s on the island.

And there’s giant mushrooms – no horror writer I know of as done so much with fungi as Hodgson – and tentacles. Lots of tentacles.

This is another borderland story, of sorts, where the world of civilized men and known nature must confront mysteries though here of a natural, if horrifying, sort.

This was the first novel Hodgson had published though Sam Gafford has discovered Hodgson wrote his novels in the reverse order of their publication. It does share some features with Hodgson’s first effort at a novel, The Night Land. There is no dialogue, and there is a romance of a teasing sort though it is, of course, much shorter than Midrath’s and X’s in The Night Land.

Given that it seems generally regarded as a lesser novel compared with The House on the Borderland and The Night Land, I started this novel with a bit of trepidation, but I ended up enjoying another masterful weird sea tale from Hodgson.

Some Additional Thoughts with Spoilers

It’s not revealed, until nearly the end, that the narrator is not a sailor. He was just a passenger on the wrecked vessel.

There is an heroic bo’sun on the adventures of the novel, a kind man of resourcefulness and bravery. One wonders if this is the sort of man Hodgson wishes he would have encountered during his days at sea. At novel’s end, the romance concludes with a marriage, the bo’sun becomes a servant of the narrator, and the two discuss – when the children aren’t around – the adventures in this book. They have become sot of surrogate father and son to each other.

While this is another Hodgson novel told through a manuscript, we have no doubt, unlike with the narrator of The House on the Borderland, that he will survive the tale since he mentions, briefly, meeting up with the crew of the other boat of the Glen Carrig that accompanies him in the first part of the novel but separates from his boat during a storm.

There is a curious duality in the two islands that the adventure takes place on. Both have hulks that have become stranded. Both feature some dreadful monsters. But the stranded ship off the weed-continent still has survivors unlike the first ship. While we get plenty of the tentacle “weed men”, we never do get a clear look at the menace that comes aboard the ship off the first island.

And no survivors are taken off the first island. They seem to have been subsumed, absorbed into the curious trees on the island. The Seabird, that ship stranded in the weeds, and most of its passengers are rescued at novel’s end.

Incidentally, the full title of this novel is The Boats of the ‘Glen Carrig’: Being an account of their Adventures in the Strange places of the Earth, after the foundering of the good ship Glen Carrig through striking upon a hidden rock in the unknown seas to the Southward. As told by John Winterstraw, Gent., to his son James Winterstraw, in the year 1757, and by him committed very properly and legibly to manuscript.

16 thoughts on “The Boats of the “Glen Carrig””